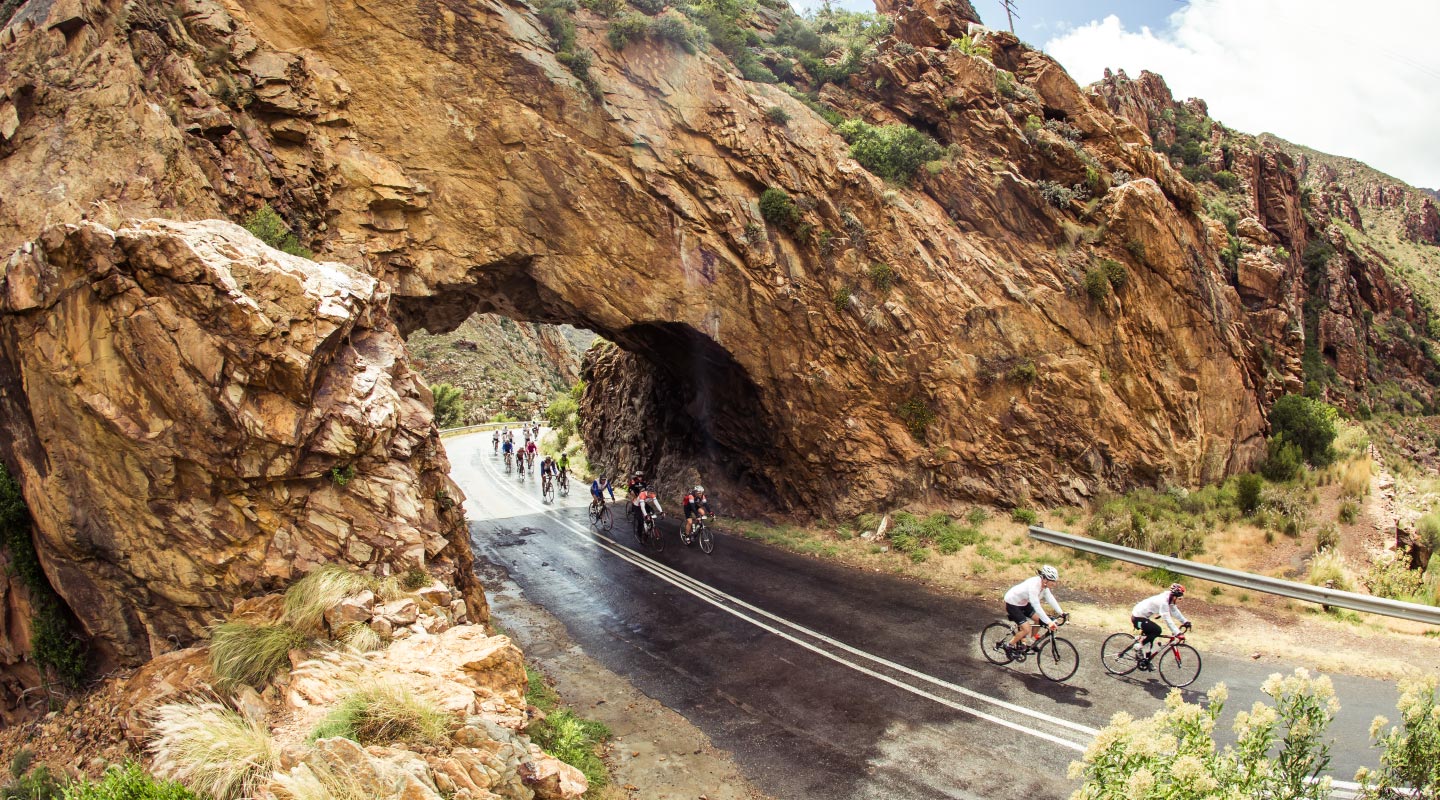 If it’s November, and it’s cycling, it must be Coronation Double Century time. For the majority of the 3 500 riders, this 202km team event is a test of endurance and friendship, but for a few teams, it is all about the win.

The seeding system the event uses ensures the slowest teams start first (at an eyelid-cracking 5am), and the potential winners two-and-a-half hours later. So everyone gets to see the pros power by.

Who should we be looking out for?

The Men’s race should boil down to a five-horse gallop, if the seeding indices are to be believed. The bookies’ favourites will surely be the Active Bodies outfit, with the likes of African Champion Willie Smit, 2016 Cape Town Cycle Tour winner Clint Hendricks and a handful of other top pros lining up alongside the 2016 runners-up, Alfa Bodyworks. This Cape-based team has another Cycle Tour champ, Nolan Hoffman, headlining with fellow pros Shaun-Nick Bester, HB Kruger and Shameeg Salie in the ranks, but comes with possibly a little more strength in depth, and rode pretty much as-is last year. In this event, team work is critical, so that could be a deciding factor, something the other top-five shoo-ins will be looking to capitalise on in the absence of World-Tour firepower: Hotchillee (Dan Halksworth, Luthando Kaka, Luke Hardiman), Bluff Meat Supply (Andreas Studer, Sean Merredew) and Freewheel Cycology (Christoff van Heerden, Shan Wilson, Jarryd Hayley, James Tennent and Charles Keey, with a guest rider who might look startlingly like Olympic Omnium Gold Medallist Elia Viviani) will be hoping for perfect tactics and the best of luck as they take on the big-name teams. One slip-up, though and there is a full peloton of challengers in the wings: The Misfits, Demacon, 04:55 Club, Proconics ASG and Mad Macs pb häzz will all be ready to pounce.

The Women’s division is sure to be dominated by the Tiletoria Train. Bianca Holtzkampf, Hazel MacGill, Susan Melmed, Maroesjka Matthee and Desiree Strydom lead a team of experienced CDC riders, and with the majority of the established names on the women’s racing circuit being absorbed into the highly-competitive Mixed category, they will surely triumph over the Road Cover outfit.

The Mixed trophy is often more hotly contested than the Men’s, as team sponsors seek the best value out of what has become one of South Africa’s premier road events. 2017 will be no different, with Design in Motion, Hotchillee Mixed and RRAV dicing for the win, closely watched by the Enervit and Edenglen outfits (if our seeding gurus have pushed the right buttons). Design in Motion carries some serious firepower; a resurgent Cashandra Slingerland, Desray Sebregts and Sam Sanders will be joined by pro riders Myles van Musschenbroek and Richard Baxter, as well as a gaggle of Joburg hardmen. Will they have enough to hold off the might and class of former Paris-Roubaix winner Magnus Backstedt, ably assisted by Lise Bryer, Nadia Visser, Catherine and Alma Colyn, Lucy James and a small group of Cape Town’s bravest vet riders? We shall see. They, in turn, will need to watch for the RRAV squad, which has some particularly strong male riders to support the likes of Zanri Rossouw, Elmari de Wet and Janice Venter. Team Enervit has a more rounded look to it – with all 12 riders similar in seeding, in support of Tess Mackeurtan, Sam Kristiansen and Natalie Bounds, as does the Edenglen squad, with Chiara di Siena, Vivien Sa Joe, Lauren Walker and Adele Ambrose looking to some top team work to keep them in the hunt.

The Coronation Double Century differs from a ‘normal’ road race in that a team’s time is decided by the sixth rider to cross the finish line. Factor in the the Charles Milner Medal, which is awarded to each full team of 12 riders that finishes within 10 minutes of the team’s first rider (inside the allocated 10 and a half hours), and even at the sharp end of the field it is tough to call; many squads opt for the full-finish rather than sacrificing a rider to finish a few minutes faster. This shouldn’t affect the podium contenders, who will burn out the workers in the search for glory, but there are a few teams who will be giving it a full go for a competitive 12-rider finish.