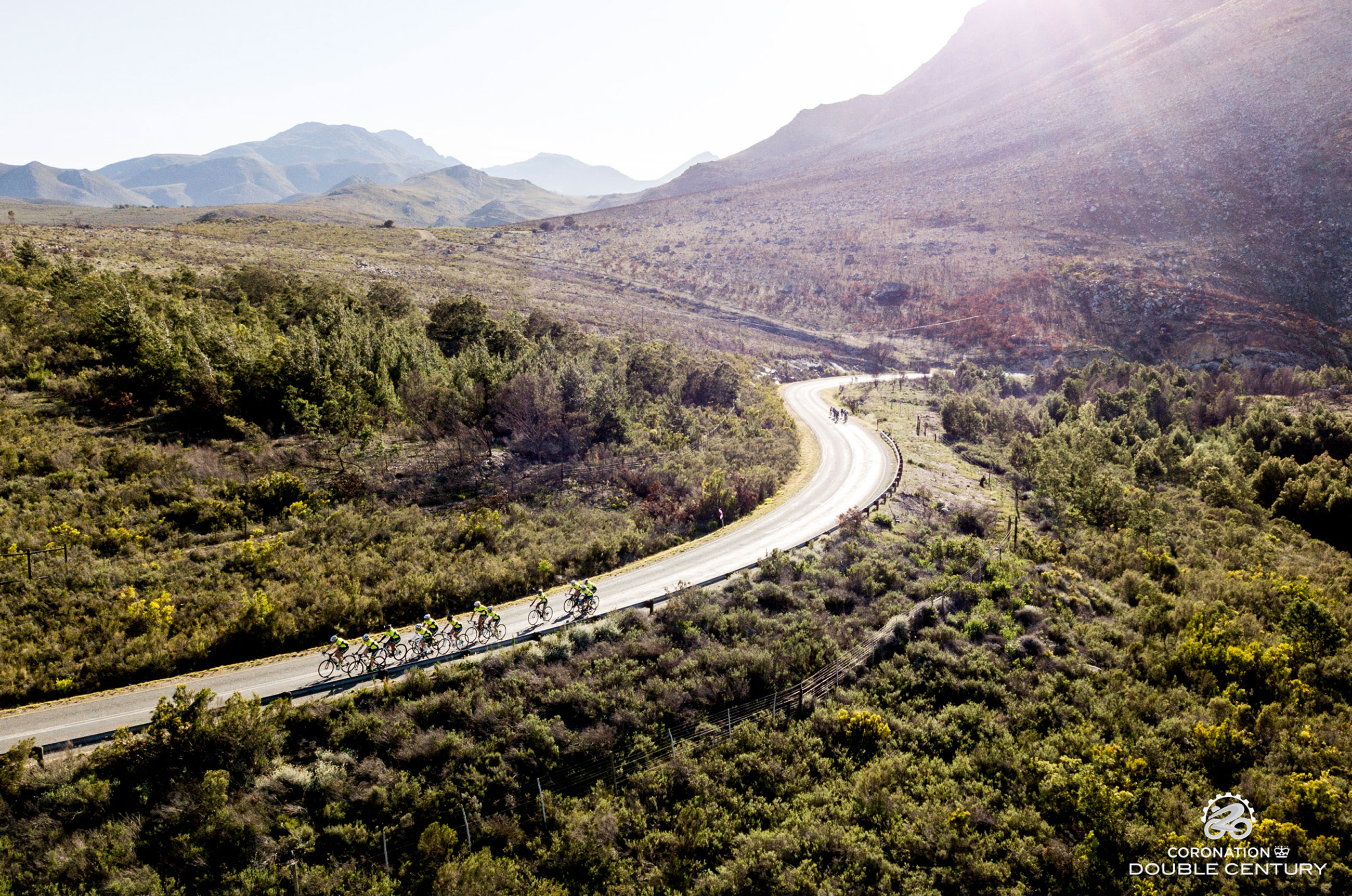 How to ride more efficiently over 200 kilometres

In 2017 Mad Macs presented by Hazz caused something of an upset to finish third overall at the Double Century. This means the Stellenbosch students (and their very carefully selected team mates) know a thing or two about pacing. And, doing it efficiently over the course of South Africa’s premier endurance road cycling event.

“There is a lot of time to be saved over 200km’s,” explains team spokesman Max Sullivan. “It’s crucial as a professional or amateur to have your pace line dialled in if you want to make it to the finish as fast or as comfortable as possible.”

Now, we all know that as cyclists it is easier to sit in the slip. And, if you want to get a fast individual time, to sit there. This relates to team racing too, however. “The team needs to try their best and stay as tight and straight as possible,” Sullivan says. “The closer you are to being dead straight on the wheel, a couple of centimeters behind, the more slip you will receive.”

As a team, Mad Macs don’t need to practice this, because it is what they do, day in and day out. However, Sullivan recommends that teams not familiar with one another do practice this. “It’s super when you can get a feel for the other riders style, size and pedal stroke,” he says.

So how to go about this?

Know your place
According to Sullivan it is also beneficial to sort your pace-line according to height on the bike. “Try and avoid big jumps in size, so line the team up from tallest to shortest or vice versa,” he says. “This is a small trick that will save you a lot of time over 200km’s, it will smooth the airflow and should make it a level playing field for all involved.”

Do a proper turn
“When rolling ‘through and off’ or ‘doing your turn,’ try to avoid surging through, rather hold the same pace and slowly up it, to avoid the yo-yo effect throughout the group. When your turn is done, peel off into the wind (if it is coming from the right, swing right), thus giving the next rider a chance to set his or her pace. You will also create some slip for the rest of the team as you roll backwards to slot back in,” says Sullivan, adding that it is important to stay on the pedals to avoid having to ‘kick’ back onto the group, wasting precious energy.

Use the climbs
If your team has trained accordingly, it is often possible to make up significant time on the climbs. However, this is also where you can put other teammates into serious hurt. “Rather pace them steady, and ensure you keep as many riders for as long as possible,” Sullivan says.

Going all the way
As a team Mad Macs tries to ensure that they have eight riders left heading into the last 20 kilometers. “So that we still have six if one rider hits the wall and another rider has a mechanical, for example.” Their strategy is to go hard from the gun, getting up to speed and holding it until the Tradouw pass, where they tap off a bit, then take it back up to speed after the second pass and full gas into the first support zone at Ashton.

“From feed one to feed two is where we really gun it,” Sullivan says. “The roads are flat and fast, we then roll very quickly in an echelon structure, shorter and harder turns to keep the speed up, sometimes having six riders next to the other six as well roll like a well-oiled machine. Remember to keep it tight and tidy if you do this. This style also works well into a headwind, whilst longer steadier turns are better for the tail wind.”

The final word
“Always be cautious of your team mates and never cross wheels,” says Sullivan. “Communication is also key – use hand signals to avoid obstacles or to signal upcoming turns is also a must.”

The more you ride with your team, the better you will understand one another on the bike and you will learn to read the body language of your team mates. “You can tell a lot from someone’s body language, especially during a 202km team time trial. If you are starting to struggle, or just need a moment to drink or rest, you should ‘sit on’, just make sure you inform the rider rolling back before he drops behind you, then smoothly slot in on their wheel.”

The emphasis should be on staying in the slip and keeping the pace-line tight. Efficiency is key over 200km’s. “By riding smart you can complete the gruelling race a lot faster, along with the usual eating and drinking sufficiently, staying out of the wind is just as important,” he concludes.

Keep up to date with Cape Town Cycle Tour developments by liking our Facebook Page at www.facebook.com/cycletour or by following us on Twitter at @CTCycleTour or on Instagram @ctcycletour.

For any event queries, or assistance with entries, please contact the Cycle Tour Events Office during office hours on 087 820 7223 or visit www.capetowncycletour.com.