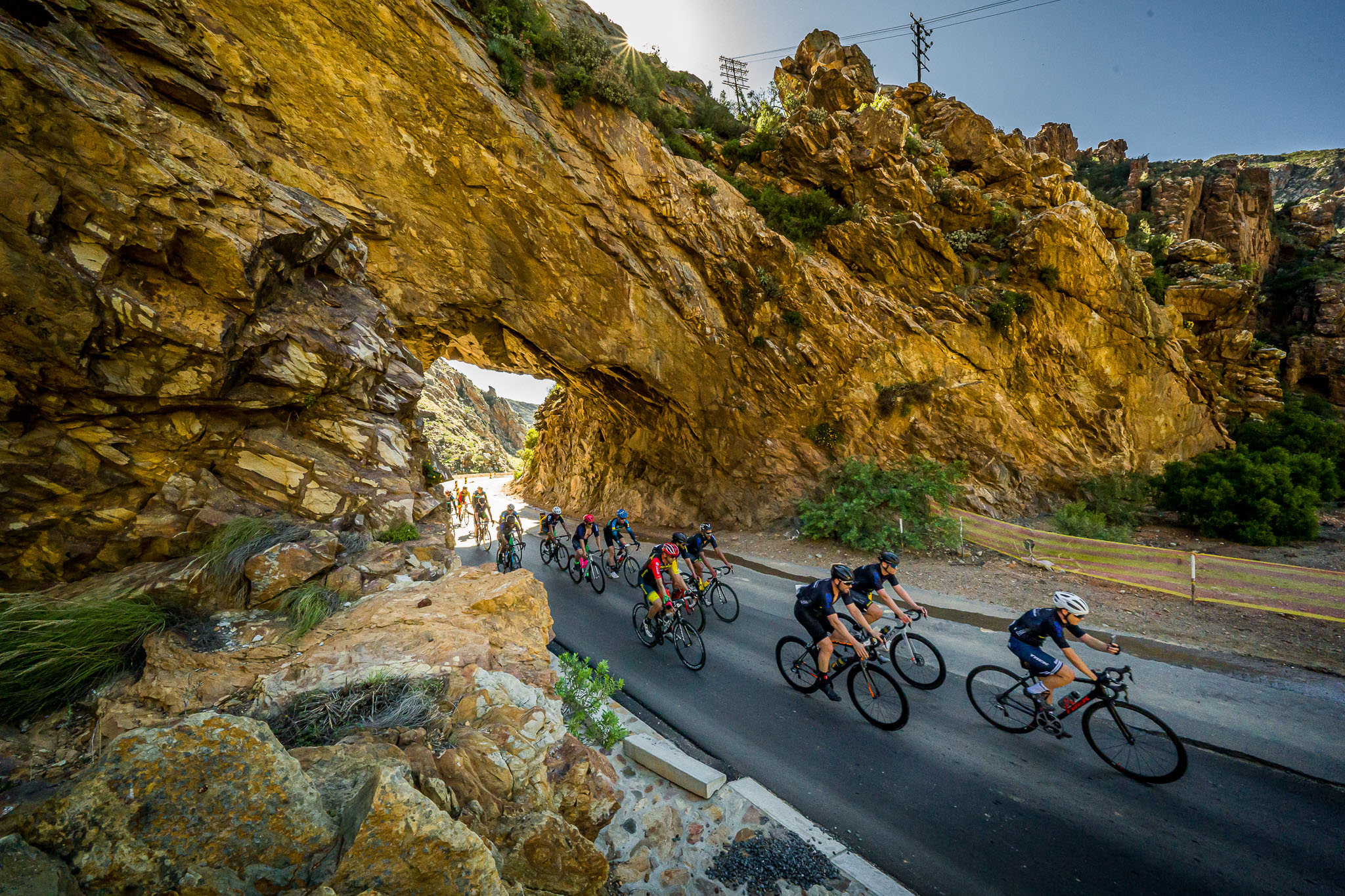 When you take to the roads of Swellendam and surrounds this weekend for the 29th Old Mutual Wealth Double Century, you’ll be in good company. The event field is packed with a wild and wonderful selection of cyclists from around the world.

Amongst the riders lining up at the start line, you’ll find the current women’s South African National Road Champion, former men’s National Road Champions, former Tour de France riders, the most recent winner of the 947 Ride Joburg, a local cartoonist with a knack for endurance cycling, and the ever-present Johann le Roux, the man who has completed every single Double Century since its inception in 1993.

The defending champions, Alfa Bodyworks, will not be mere spectators in the race, however. Their lineup includes South African road race stalwart HB Kruger, former National Champion Jaco Venter, and long-legged powerhouse Shaun-Nick Bester. Bester and Kruger were both part of the winning team in 2020, while Venter has been mixing and matching his racing between road and mountain bike events in 2021.

Leading ladies to look out for include current South African Road Race National Champion Hayley Preen, racing for Private Client Holdings Mixed, and the entire Wintergreen Barrier Breakers team. “I’m riding with a broken wrist, but I’ll be okay,” says Preen after a bad crash during this year’s Cape Epic.

“I’ve only raced the Old Mutual Wealth Double Century once before, and that was in a women’s team. We won the category that year which was great. This time around I am racing in the mixed, which should be quite exciting. I think it will be a tougher race, and we will definitely push hard. We are going for the win, but the competition is going to be tough. I’m just excited for the challenge of racing for 202km!”

The Wintergreen Barrier Breakers, formed ahead of last year’s Double Century, is an all-women’s cycling outfit dedicated to opening up the sport of cycling to women in South Africa. Emerging as a focal point of the team over the last year has been cartoonist Tegan Phillips.

Lauded equally for her wacky and wonderful cycling-themed cartoons and her endurance cycling skills (she rode 400km around her neighborhood in one day earlier this year), Phillips is also training to break the record for a Cairo to Cape Town ride. The 202km of the Old Mutual Wealth Double Century will no doubt contribute greatly towards her endeavour.

“I just fell in love with the Double Century right from the start,” says Le Roux. “I love the scenery, I love the ride, and I love the team spirit. I keep coming back for all those reasons, but at some stage I also realised that I am the only rider who has done all of them, so now I must just keep participating until I am no longer able to. As long as I am healthy, I will be at the Double Century start.”