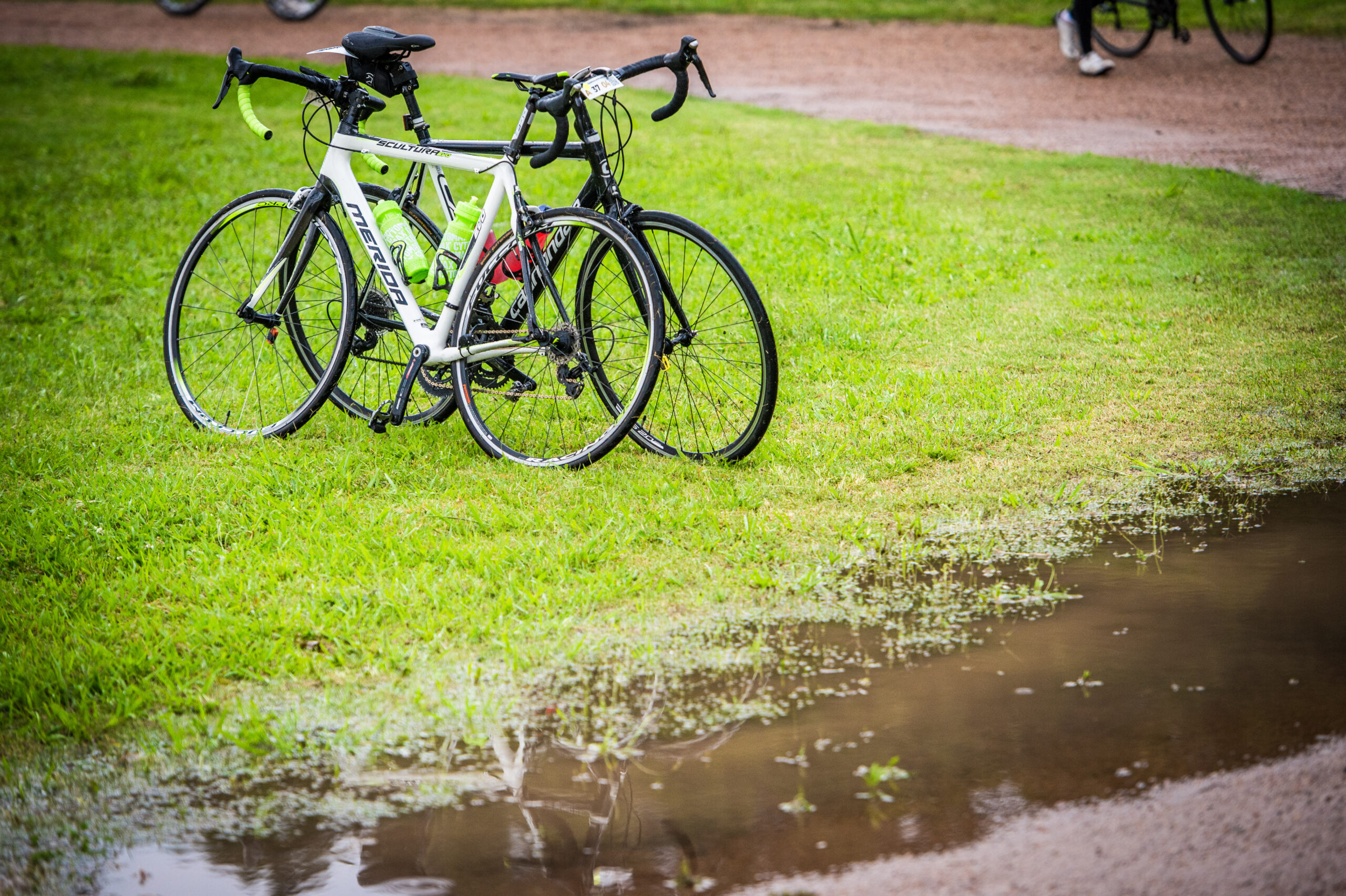 The cancellation of the Old Mutual Wealth Double Century on Saturday 27 November was for many people a huge disappointment in so many different ways.

The Old Mutual Wealth Double Century understands however it was the participants, who after months of training, planning, and preparation suffered most at the hands of the elements.

On behalf of the entire organising team, we extend our sincere apologies to you for this cancellation. Please be assured, it was an absolute necessity as a consequence of serious safety concerns.

For the organising team who spent months in the planning phases and most of whom had been up for the better part of the night ensuring that everything was in place for the delayed 6am start, all of this in the pouring rain, the cancellation was a devastating outcome.

The event has been held over the last 28 years in all sorts of weather conditions and, provided the risks are manageable and considered, the organisers always ensure the event proceeds. At the same time, the organising team always ensures that they act in a responsible manner and with due consideration for all stakeholders. This naturally extends to participants of the event too.

·         Rain had been predicted. Were the plans adjusted accordingly?

·         Could the event not have been delayed longer to see if the conditions improved?

Rain had been predicted – were the plans adjusted accordingly?

The organisers were aware of the adverse weather predictions in the weeks preceding the event and had adjusted all plans accordingly.

Monitoring of the expected weather was discussed by the team twice a day as forecasts were adjusted.

On Thursday 25 November through until Friday 26 November the team discussed delaying the start by 1 hour due to rainfall that was anticipated to subside after 5:30am and a forecast of low cloud cover reducing visibility on the N2 in the early morning. These recommendations were discussed with the local authorities and approved. An SMS was sent to all participants advising of a 1 hour delay to the start.

On the day of the race itself, at 2am, a severe thunderstorm deposited far more than the predicted rainfall over the Swellendam/Buffeljasrivier/Suurbaak area.

Could the event not be delayed longer to see if the conditions improved?

Had the organisers been able to delay by at least an additional 90 minutes there may possibly have been a different outcome. This was unfortunately not an option.

The reason for this is due to the road closures in effect for Tradouw Pass and the Cogmanskloof between Montagu and Ashton. The latter is the area where the event is arguably at its densest with the faster teams coming together with the slower teams. To ensure riders move safely through this area the event applies for and receives a limited road closure from Montagu to the beginning of Ashton. This closure was granted within specific time windows and the event is legally bound to adhere to them.

Additionally, the organisers are required to ensure that public notification of these road closures is prominently displayed in the surrounding areas in the lead up to the event. This signage allows for the public, transport companies, local businesses, health care workers and residents to make appropriate plans during these closure times. The event is, again legally, required to stick to these timings.

With the rain that had been forecast running longer than anticipated and with two extensions already made to the original start times, the event did not have the ability to extend the start any further than had already been done so without compromising safety through the “road closure” sections.

Was there no alternate route?

There are myriad scenarios the event looks at from fire, flooding, heat, civil unrest, road collapses and more.

Different scenarios cover a variety of alternate routes depending on where, when and what occurs. As the event is run over 202km, being able to have a workable solution for every single scenario is not feasible.

Once we have reached race day the only plan is Plan A. Plans B, C, and so on can only be implemented ahead of race day, leaving us with Plan A-minus as the only alternative to Plan A, which is to cancel the race in the event of adverse conditions. It is simply not possible to change a 202km route at the last minute.

With the anticipated heavy rains threatening flooding, a large amount of work had gone into the options for the second half of the route where the route was most vulnerable to rising water conditions.

In the 11 years of hosting the event the organisers have never encountered problems with the Tradouw Pass and hence the alternate route focus had been on areas deemed to be most vulnerable.

The event will continue to look at all options available within the bounds of safe and responsible eventing.

Will there be a any form of refund:

It is important to understand that at the time of cancellation, the event was to all intents and purposes “underway” in that:

·         Water stations were stocked, distributed and transported to the route.

Understanding that all service providers had started, and were in the middle of delivering their services, the event had to ensure that all these providers, who are local community members and businesses that the event has always relied on, were paid in full. Without the community involvement the Double Century would not be able to go ahead in the area, while at the same time the Double Century is a key economic driver for the local community. The event is run by a charitable trust whose goal is first and foremost to raise funds for social upliftment.

However, the organisers are still looking into this matter with a view to achieving a fair outcome. Once the full impact has been assessed the event will be communicating with all concerned including the riders. The event is able to confirm that all teams entered for this year’s event will receive a preferred entry to the 2022 edition prior to entries officially opening. Further communication in this regard will be sent out in due course.